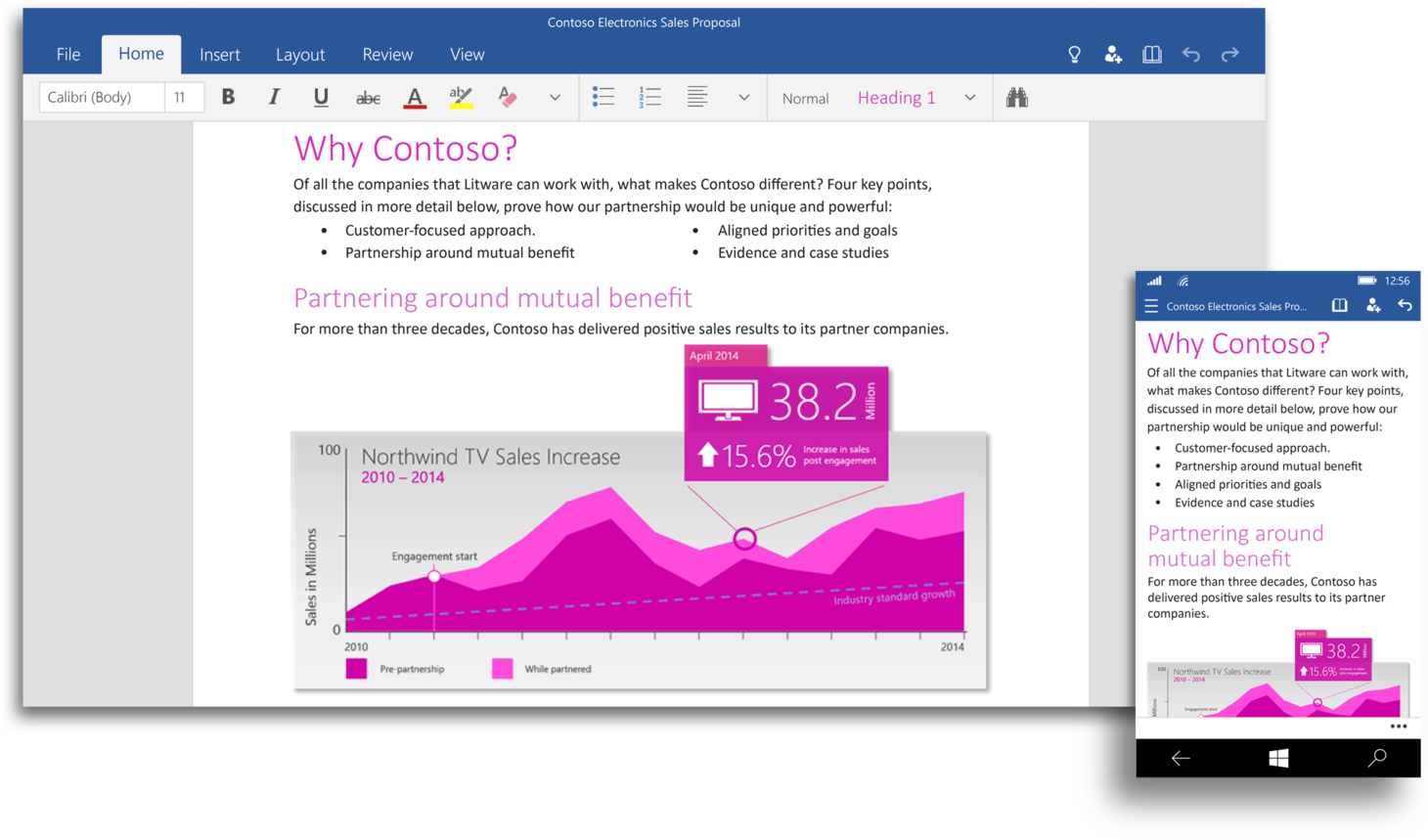 After years of waiting, Microsoft has finally shipped a fully touch friendly version of Office for Windows. These are touch-first apps, separate from the desktop office suite, that are at home in the company's new Modern interface. It's unbelievable that it took the company over three years to actually ship this after Windows 8, but it's good to see it's taken its time to build these the right way.

The company has plans to release a desktop suite separately called Office 2016, but that's a ways off yet. If you're using Windows 10 already, you can download preview versions of the apps today.

Tweets are finally returning to Google Search results, in real time, thanks to a new deal struck by the two companies this week. Previously, they appeared in results until 2011 when a deal between Google and Twitter expired. This is part of Twitter's BIG push into attempting to capture users that aren't using the service yet.

Microsoft Is Acquiring Calendar App Sunrise For North Of $100 Million

Microsoft is on a big acquisition streak at the moment. First, it acquired iOS testing service HockeyApp late last year, then it acquired top email app Accompli and now it's reportedly about to close a $100 million deal with Sunrise.

Since Microsoft isn't controlling the mobile platform, this strategy is a hugely logical one; it can instead own the core apps that users rely on to be productive on those platforms.

I expect a few more huge deals like this in the future; it's a good play on Microsoft's part and reaffirms the company's position as the productivity tool people.

Under Armour Has Acquired MyFitnessPal and Endomondo

In bizarro news of the week, sports apparel company Under Armour has acquired two big apps: MyFitnessPal and Endomondo. The fitness space is a hot one and it's no surprise that a company like Under Armour wants a piece of the action against juggernauts like Nike. With this acquisition, Under Armour now owns the eyeballs of a whopping 120 million users.

The Pirate Bay Returns From The Dead

The notorious piracy site returned from the dead earlier this week, fully recovering from a raid on datacenters just over two months ago. It truly is the site that can never die.

The story behind promoted tweets and how they helped the company insert relevant content in user's timelines and eventually bought revenue to the company. Twitter's ads are unique, because if they go viral, the activity ends up being free. A great long read.

The AI Revolution: Our Immortality or Extinction

Following last week's post on the coming freight train that is artificial intelligence. This second piece in the series looks at how quickly the technology would dwarf us in intelligence and how hard it is to know what that looks like or when it'll happen. It's actually fairly scary, but also incredibly exciting.

After years behind bars, can prisoners re-enter a digital world?

Some prisoners are learning to build websites, but have never used the internet before. These people's only exposure to the internet is what they've seen on TV and the transition out of prison into the 21st century can be a shock to the system. Many have never sent an email or seen a smartphone, so don't know how to perform the most mundane of tasks.

Because virtual reality technology like Oculus Rift puts you in the first-person view with video content and makes you witness to what's going on in lifelike circumstances, it's an incredible tool for making people empathetic to others' circumstances. This report from Sundance Film Festival is a great insight into how VR can be a tool for good.

White Plastic Chairs Are Taking Over the World

A great read on those white plastic chairs that you've probably never thought about at length but are basically everywhere in the world and have been for decades. 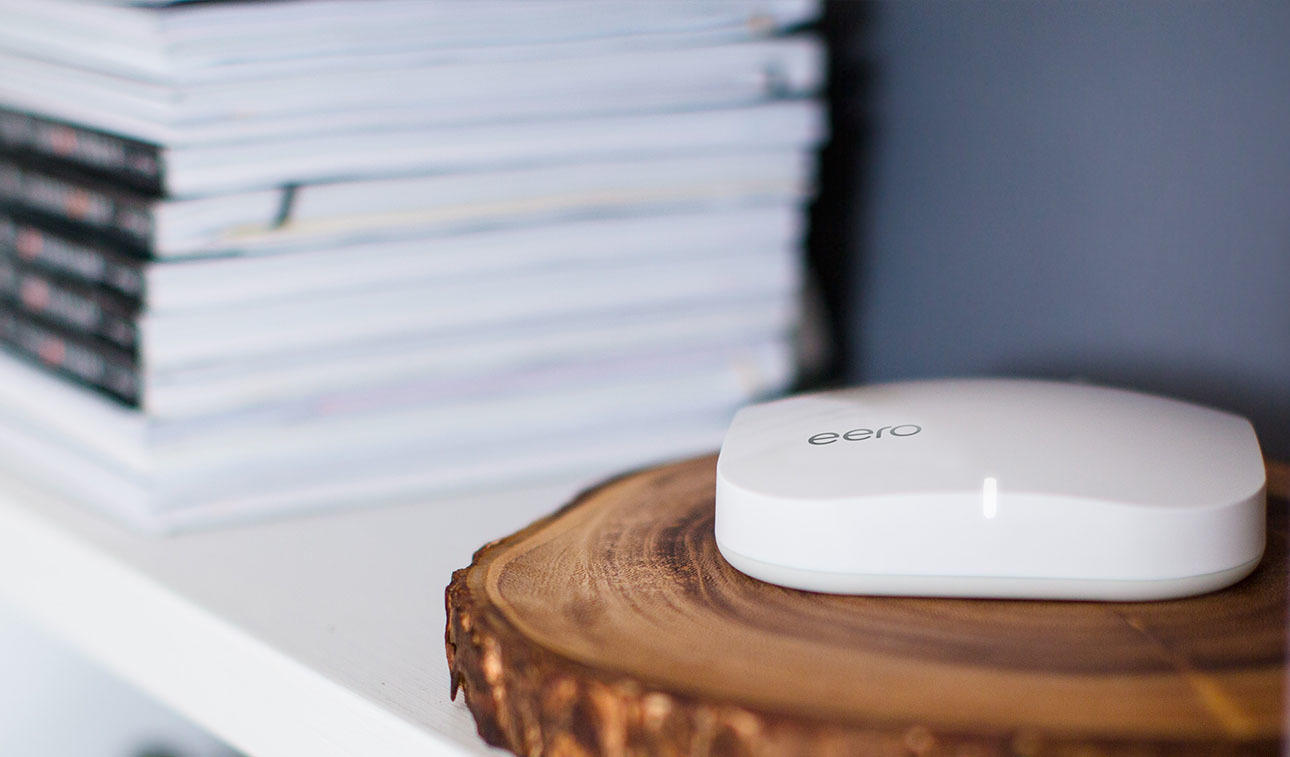 Let's be honest here: WiFi is kind of crap. Setting it up, dealing with passwords and actually just getting coverage is a total mess. This startup wants to fix that, by making it easy to set up with an app and even easier to add more of them to your home to make your coverage even better. It's only in pre-order phase right now, but it'll be available later this year.

This Stunning App Made Me Wish All Textbooks Were On iPad

This week, I reviewed a beautiful iPad app that aimed to bring geology textbooks into the modern world. Not only does it pull it off, it goes one better and makes them incredible. I wish this had existed in my school years, but I'm excited that kids can now learn this way. Worth checking out.

BIG week for Microsoft this week and some great reads in this edition. I'd encourage you to send me an email if you ever see anything cool in the news you think is worth adding here. Have a great weekend!